(4 min read) Did you know that nearly half of all emergency care is uncompensated? Are you aware that one in five patients treated in the emergency department has no insurance or clear method of reimbursement? These CMS statistics[i] along with many more from the American College of Emergency Physicians[ii] were the starting point for an in-depth discussion about surprise medical billing with HealthLeaders magazine during the Healthcare Financial Management Association’s 2019 Annual Conference. Here are a few other important emergency department challenges discussed during the conference sessions: 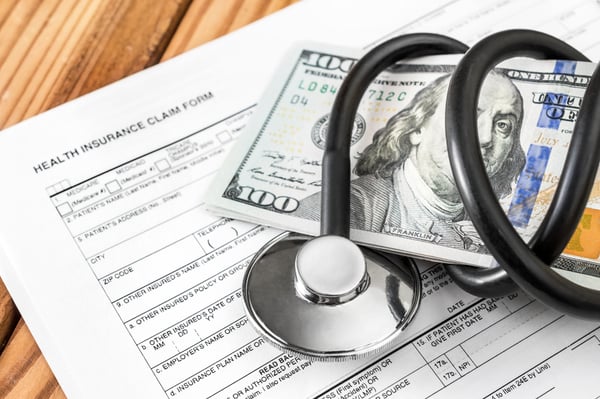 EDs are under immense pressure and national scrutiny. Considering uncompensated care, uninsured patients, federal mandates to reduce surprise medical billing and the four reimbursement challenges mentioned above, times are tough. And they’re getting more difficult as surprise billing and the practice of balance billing for OON emergency care comes under governmental attack.

A Sticky State of Affairs for EDs

The Emergency Medical Treatment and Active Labor Act (EMTALA) governs emergency physicians’ choices regarding patient care and treatment. All patients are seen regardless of insurance coverage or in-network affiliation. Turning patients away is never an option. However, since most EDs in the US are staffed by third-party clinicians who may or may not be in network for a patient’s insurance coverage, billing patients for out-of-network (OON) balances and subsequent surprise medical bills are common.

Furthermore, in emergency situations, patients and their families don’t pause and check insurance coverage before seeking immediate care—they simply show up and must be treated. The American College of Emergency Physicians provides an informative fact sheet to unravel the complexities.

Many constituents are trying to solve the emergency billing conundrum, and the federal government is the latest to enter the quandary. Here’s the latest news from the ongoing dispute.

As of this blog post, Congress and the Senate are on recess and no further legislative action will occur until September. Modern Healthcare and the Emergency Department Practice Management Association (EDPMA) both provide timely updates and summary reports. Here is an overview of the information shared by Modern Healthcare on July 17, 2019:

The House Energy and Commerce Committee released a proposal to the Congress on May 2019 to ban surprise medical bills. The Committee’s proposal capped pay for OON treatment through a benchmark rate tied to median insurance rates. Since the Committee’s announcement, many amendments and lobbying efforts have been underway. The pace of new legislation coming out of Capital Hill on this topic is dizzying with the Senate health committee already approving its own legislative package that includes a ban on surprise bills. Here are several of the amendments to the House Energy and Commerce Committee’s proposal being discussed.

The amendment proposing an arbitration option for providers seems to have garnered the greatest push-back from lobbyists and patient advocacy groups. Apparently the next step involves constructing strong limitations around the scope of arbitration to mitigate any adverse consequences. With legislators out on summer recess, no further action on surprise medical billing is expected until September, as mentioned above.

Six Steps to Survive the Squeeze

While the industry awaits further decisions, savvy EDs must assess billing procedures and tighten revenue processes. Now is the time to fully understand each and every step in the ED coding, billing and reimbursement cycle. Verifying patient demographics and checking insurance eligibility are immediate, pragmatic steps to take.

Billing staff should know the exact coverage and eligibility on the front end versus waiting until a claim is denied by the payer. This insight helps ED providers today while also preparing their billing teams for an era of curtailed balanced billing and federal enforcement of surprise medical bill bans. Zoll AR Boost stands ready to assist with this and five other ways to Automate and Improve Emergency Services Billing and Coding Workflow.

Subscribe to our blog to learn from industry experts on how you can boost your healthcare AR.

More About the Author:

(5 min read) “Self-pay” used to be a designation reserved for patients who are uninsured and covering the cost of medical expenses on their ...

Stay in the know and subscribe to the AR Boost blog